Guadalest is a tiny village about 25 km from the towns of Benidorm and Altea on the Costa Blanca. Guadalest is visited daily by hundreds (in midsummer even thousands) of day trippers with excursion buses and rental cars. The village has developed into a model mountain village for mass tourism on the Costa Blanca – hardly any hotel or travel agency that does not offer day trips to Guadalest. 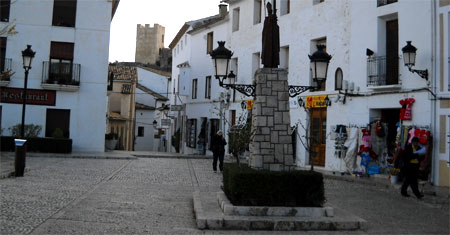 Guadalest is undoubtedly a beautiful village. The old part consists of barely more than 20 houses. The village is divided into two parts, which are connected by a small tunnel through a mountain. The back part is worth seeing. 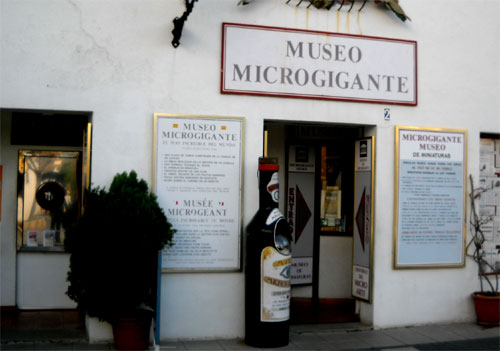 In total there are at least five museums. All are quite small (some rooms in normal houses) and cost 2-3 Euros admission. The museums are not uninteresting, but in my opinion have a predominantly commercial background (the entrance fee). In some of them there is even a kind of doorman who tries to persuade the tourists to visit the museum. In the micro miniature museum and in the micro giant museum miniatures are exhibited (worth seeing). Also the city museum is not bad. Moreover, there is a kind of toy museum, a vehicle museum and a historical museum that deals with the life in Guadalest in the 18th century.

Above Guadalest stands the ruin of Saint Joseph on a rock. The castle was destroyed by an earthquake and the ravages of time. It was built in the 11th century by the walls. The entrance fee to the castle grounds is again around two euros. The visit of the baroque church of Guadalest is free. 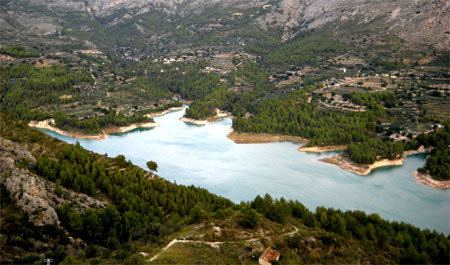 The view from the village is breathtaking! One looks into a green valley with a big deep blue lake, which reminded me of the Alps. This panorama is probably an important reason why Guadalest is so popular with tour operators and rental car tourists. Also beautiful walks are possible in the area.

The inhabitants of Guadalest are, positively expressed, very enterprising. Already at the arrival at the big parking lot in front of the village, parking fees are collected. On the way to the village I was photographed twice – the developed pictures are then offered to the tourists on the way back to the car for sale. The highlight, however, is one of the museums: At the entrance door, there is „free entrance“ in big letters in five languages. After the tour in the small museum, two Euros are collected at the exit. I have never experienced anything like this anywhere else.

Of course there are many restaurants and souvenir shops in Guadalest. The prices are, as usual in such places, slightly higher than on the coast. In my opinion, the tendency in some restaurants to offer the typical, traditional dishes of the region in addition to the English fast food is positive. This reminded me like many things in Guadalest of the touristic model village Valdemossa in Mallorca.

As the place is located in some hundred metres height above the sea, it is mostly some degrees cooler in Guadalest than down at the coast. In winter, one should take a jacket with one, it is also often quite windy and rainy. In summer, a few hours with a bit cooler temperatures are of course pleasant and another argument to get up here.

With the own car, one leaves Benidorm direction La Nucia, the road from Altea also leads via La Nucia up to Guadalest.

A city bus from Benidorm (line 20) departs once a day at 9:30 am to Guadalest and around 12:30 pm back again (one-way trip about 3 Euro). You have about two hours to visit Guadalest – which is enough. Probably the cheapest possibility to get up from the coast of the Costa Blanca here.

In addition, day trips to Guadalest are of course offered from all tourist places of the Costa Blanca – often in combination with other destinations.