Granada, situated at the foot of the Sierra Nevada mountains in Andalusia, is a beautiful city full of Islamic and Spanish history. Granada is a lively city with many young people and has much to offer: The sights in the city above all the Alhambra, hikes and lots of nature in the surrounding area, many good bars, cafes and a distinctive nightlife. In spring you can ski from Granada to the Sierra Nevada or lie at 25 degrees on the beach – both are only an hour’s drive away. A flamenco performance is a good opportunity to immerse yourself in the Andalusian culture. The tapas restaurants and the cakes in the city’s cafés are among the best in Spain. The best time to travel is spring and autumn. The summers are very hot in the city of 250,000 inhabitants, as in many places in the interior of the Iberian Peninsula.

The Alhambra is certainly one of the great sights in Spain. The gigantic castle complex, located on a small mountain called Sabikah in Granada, has a length of more than 700 metres. 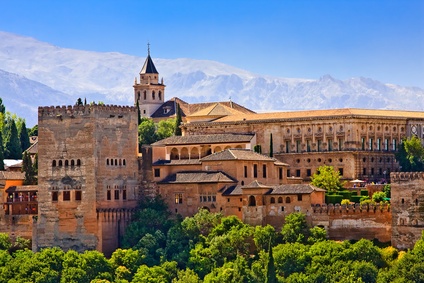 The Alhambra fortress is by far the most important Moorish building in Europe. Many of the tourists come to Granada only because of this top sight. Especially in the summer, the crowd is so big that one has difficulties to get in at all. Therefore, quite a few visitors buy the tickets in advance in the internet or in the city. The Alhambra is famous for its Arab works of art. The lion fountain in the fortress belongs to the most famous fountains of Europe. From the Alhambra mine has a great view to Granada and the surroundings. Very interesting are also the big gardens of the Alhambra. 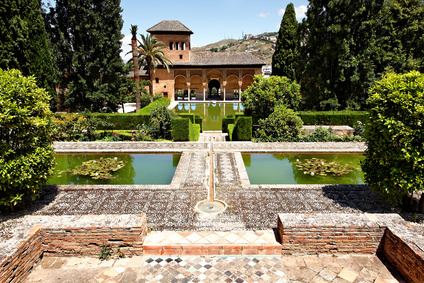 Opening hours Alhambra: The main attraction in Granada is open every day of the year except at Christmas and New Year, from 8:30 a.m. to 8 p.m. in summer and from 8:30 a.m. to 6 p.m. in winter. In addition, the Alhambra is open on most days in summer (not Monday) and on some days in winter again late in the evening. In the darkness the building looks even more impressive than during the day. The entrance fee to the Alhambra does not seem to be uniform.

Our tip: On this website you can book a good tour with a guide through the famous castle Alhambra online. In general you should buy the tickets for the Alhambra in advance to avoid long queues.

The main attraction in the centre of Granada is the large Renaissance cathedral. Some old buildings of the great University of Granada are also worth a visit. If you can, you should visit Granada for the famous water festival on June 20th. Also the competition of the districts of Granada about the most beautifully decorated cross annually on the 3rd of May (cross festival of Granada) is popular among the many tourists from inland and abroad.

The airport „Federico Garcia Lorca“ is located about 13 km outside the city. The Alhambra can be reached on foot or by public minibus. The train station is in the centre. Granada is still connected to the Spanish high-speed railway network, but the connection is under construction (info from 2012). The next tourist place at the sea is the smaller city Almunecar.