There are currently 14 national parks in Spain, 8 of which are on the mainland and 6 on islands. 4 of the island national parks are on the Canary Islands (one each in Tenerife, La Gomera, La Palma and Lanzarote), one on small islands off the west of Spain and one on the island of Cabrera off Mallorca.

List of national parks in Spain with short description

National Park Aigüestortes i Estany de Sant Maurici: This high mountain protected area is located in the Pyrenees in the northeast of Spain (in Catalonia). The forests, high mountain landscapes, mountain peaks to over 3000 meters and the many lakes in the area are protected. The 140 km² national park was established in 1955.

The second national park in the Pyrenees is one of the two oldest in Spain (since 1918). Bears and other rare animals live in the deep gorges and high mountains. During the summer months thousands of hikers and nature lovers use the paths through the park every day. Size about 160 km².

Picos de Europa National Park: The third national park in northern Spain is also in the high mountains. It is with a size of 650 km² the largest national park in Spain and exists also (in smaller area than today and under other name) since 1918. In the park lies the Mulhacen, the highest mountain on the mainland of Spain. For hikes in the „Picos de Europa“ see the pages of „Hiking in Spain“.

Monfragüe National Park: The protected area of 180 km² in Extrematura lies in the centre of the Iberian Peninsula. It is one of the newest national parks in Spain (opened in 2007). In particular, it is a bird sanctuary (large water areas). Several different species of vultures, eagles and storks live in the new national park.

Coto de Doñana National Park: The older of the two national parks in southern Spain (still established under Franco in 1969, size around 550 km²) protects large, contiguous wetlands. The area can be entered by tourists only with permission or during a tour. The best known animals in the park are the rare Iberian lynx and large birds such as herons.

Sierra Nevada National Park: The National Park in the high mountains of Andalusia, only founded in 1999, is the largest national park in Spain (size 862 km²) and at the same time one of the best known.

The area with mountains up to 3500 meters high not far from the Spanish south coast is especially popular with hikers. Lynxes, wolves, genet cats and many other animal species live here. This national park is a paradise for hikers.

Teide National Park: At 3718 metres, Teide is the highest mountain in Tenerife in Spain and characterises the entire island. The area around the summit is protected (size 190 km², since 1954). 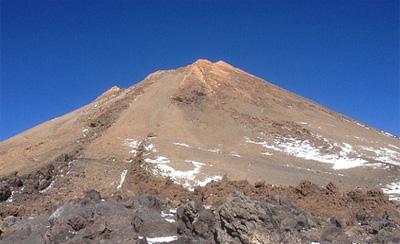 As Tenerife is a tourist island, several million tourists make a day trip to the national park above the tree line every year.

Timanfaya National Park: This national park is perhaps the most unusual in Spain. It consists of many small active volcanoes and can only be entered with a guided tour for safety reasons (the ground is sometimes dangerously hot due to the volcanoes). It is an area of 51 km² (more than 10% of the whole island of Lanzarote) protected since 1994. More info

Garajonay National Park: This is located on the island of La Gomera (not far from Tenerife). The cloud forest with laurel and meter high farms is one of the most beautiful and interesting landscapes in Spain. (Size 40 km, national park since 1981). You can find more about La Gomera here.

Cabrera National Park: Since 1991, the island of Cabrera, about 10 km from Mallorca, and the sea area around the island is national park. Cabrera can be visited with small ferries (day trip) from Mallorca, what almost 100.000 tourists do per year. Especially the sea around Cabrera is protected. More information about Mallorca can be found here.

Islas Atlánticas de Galicia National Park: Here, besides islands, the sea is also protected. The islands off the west coast (Atlantic coast) of Spain are uninhabited and an important retreat for birds. The area has been a national park since 2002.

Information page about National Park Samaria on Crete with the longest gorge in Europe.