El Campello is a holiday resort on the Costa Blanca only about 12 km north of the centre of the city of Alicante. There are few sightseeings in El Campello, but the coastal resort is very popular with bathing tourists. El Campello has a good beach, the proximity to the big city Alicante including airport, a beautiful promenade and nice harbour to offer. But above all, the place is not as crowded as other places of the Costa Blanca further to the north. El Campello is ideal for people who neither want a mega holiday resort nor a place too quiet. In our opinion, El Campello is also not a bad choice for a family holiday. 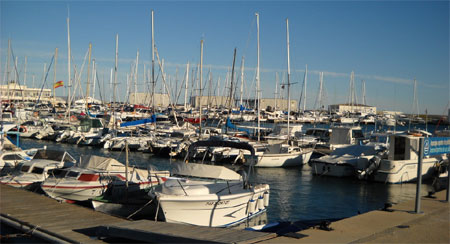 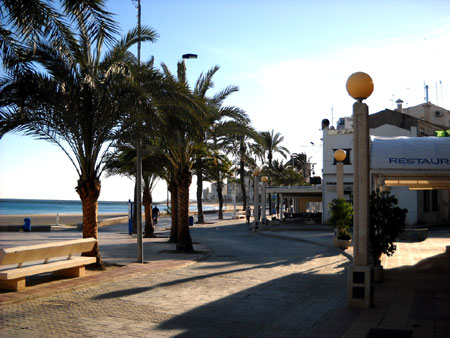 Along the beach of El Campello there is a pedestrian promenade that is closed to traffic, with good fish taverns, other restaurants, shops and cafés on the side facing away from the water.

An even better beach is in San Juan, a few kilometres south of El Campello. The kilometre long beach is one of the most beautiful on the Costa Blanca.

The tram from Alicante connects El Campello with the centre of Alicante about four times an hour. There are two lines running on the same route, one of which is a kind of express line that rarely stops. In the other direction, the tram continues via Villajoyosa to Benidorm (twice an hour), where you can change trains for Altea, Calpe and Denia. The tram is very cheap. The beach of San Juan can also be easily reached with this tram, the tram runs a few kilometres along the beach. The non-express-line stops at several stops at the long beach Playa de San Juan de Alicante.