Seville is the capital of the Autonomous Region of Andalusia and the fourth largest city in Spain after Madrid, Barcelona and Valencia with about 750,000 inhabitants. Situated on the river Guadalquivir (the name comes from Arabic), Seville has been a colourful, lively city for many centuries and a melting pot of many cultures. Seville is known for its bullfighting and flamenco, the world-famous „national dance“ of Andalusia. Seville is a place with a great history that goes back more than two thousand years. Among others, the Middle Ages, the Renaissance and also the Arab period were important epochs of the city’s history. In 1992 the modern Sevilla was the proud host of the World Exposition Expo.

Seville hosts buildings with great architecture. The Alcazar Palace from the 10th century should not be missed. The gardens of the Alcazar Palace are another important sight and an oasis of peace in the otherwise hectic city. The ponds, fountains and the Moorish blue tiles with interesting patterns, which are unusual for Central Europeans, are some of the highlights of the garden in Seville. 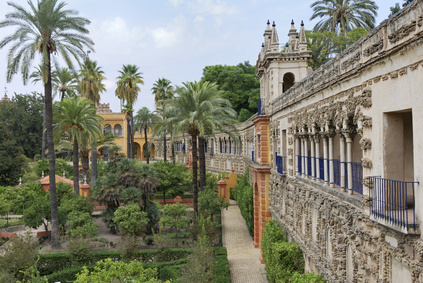 One of the most important sights of Seville is certainly the Gothic cathedral of the city called Santa Maria de la Sede, the construction of which began in the 15th century. It is one of the largest churches on earth and a UNESCO World Heritage Site. The highlight for many tourists in the church is the tomb of Christopher Columbus, the most famous seafarer in world history. 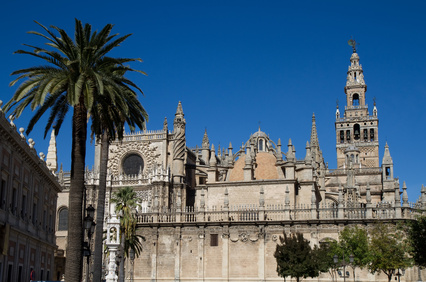 The Giralda tower is remarkable, which first served as the minaret tower of a mosque and was later converted into a Christian church tower. The Giralda Tower, over 100 metres high, can be climbed – from nowhere else you have a better view of Seville. 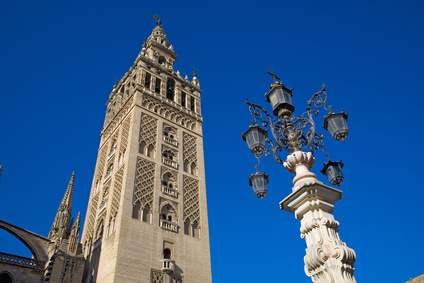 Seville is famous and notorious for its nightlife. There is often more going on in the streets at midnight than during the day. If one wants to see performances of flamenco dancers, one is right in the district Santa Cruz, the old Jewish quarter. Many locals spend the warm nights of Sevilla in the bars of the old town or they simply celebrate thousands of times on the street.

If you can choose, you should visit Seville in spring. At Easter and in April, Seville hosts large street festivals that revive the city’s rich ancient culture. Fans of flamenco and flamenco costumes in particular should definitely visit Seville during the April festival. Seville is the Spain known for the best tapas (traditional snacks) in the country. The city is also famous for desserts.

The almost 500 kilometre long new Madrid line (opened in 1992) was the first high-speed railway line in Spain. Even today, passengers are refunded the full fare if trains up to 300 km/h are more than 5 minutes late. Today it is possible to continue with the super trains to Barcelona, at the latest from the end of 2012 also to Paris (current note: the line is now in operation). Then you can travel on high-speed trains from Cologne or Frankfurt (with changing trains) to Seville in one day.

The large San Pablo airport is located about 10 km north of downtown Seville. In the city there is a subway line, trams and many public buses.

If you are travelling in Spain by car or rental car, you know the problem. Parking spaces are difficult to find and expensive in Spanish cities. Multi-storey car parks and public parking lots are very often full. On this great website you can reserve parking spaces in Seville before your arrival.

Caution: Seville is one of the warmest cities in Europe. The climate is extremely hot, especially in summer. Daytime temperatures of over 35 degrees are the rule in midsummer, the 40 degree mark is also exceeded almost every summer several times. If possible, one should look at the many great sightseeings of Sevilla in spring or autumn. Also in winter, the thermometer in Sevilla rises on the majority of days over 15 degrees, not seldom over 20 degrees. Those who do not want to combine the city sightseeing of Seville with a bathing holiday can also visit the most important metropolis of southern Spain in winter. Then, there are also the least tourists and the hotels are the cheapest. During the spring festivals, the visit is certainly the most impressive, but one should book an accommodation in time.