Elche is a city in central Spain with almost 200,000 inhabitants. Elche is about 10 km from the sea and only 15 km from the metropolis of Alicante. In Valancian (this language is spoken by many people in this region) the city is called Elx. Elche is the capital of palm trees and city parks. A large part of the city consists of gardens and great parks, which are the main attraction of tourists. In and around Elche there are about 300,000 date palms. 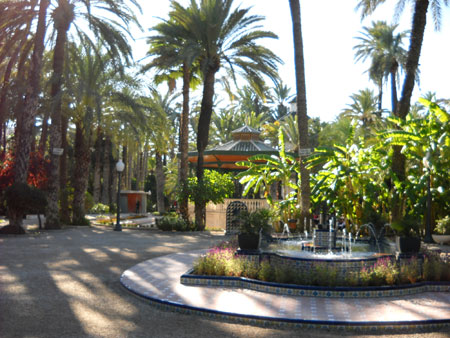 If you arrive in Elche by train or bus, you get off north of the city centre. The many palm trees and parks are immediately noticeable. It is best to walk through the official city park of Elche (Parque municipal, see picture above) in direction to the old town.

In the beautiful park, thousands of palm trees stand close to each other. Between the palm trees there are playgrounds, fountains and even a small church. At the southern end of the city park is the tourist information of Elche (very nice and helpful staff). 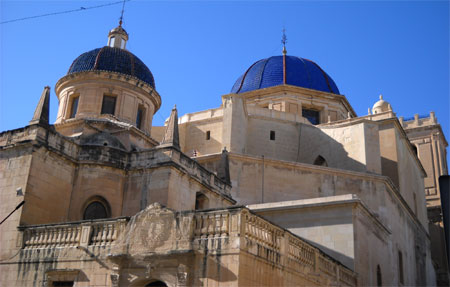 Leaving the city park of Elche in southern direction you reach the old town. The largest and most striking building here is the baroque basilica. Like many churches on the Costa Blanca, the Basilica Santa Maria in Elx (also called Ascension Church) has the typical domes with the blue roofs. The ascent of the church tower is highly recommended. From the top you have a very good view over the city of Elche with its many palm gardens and green areas. 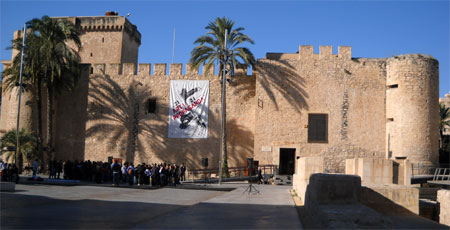 The other important building in Elche is the Palacio de Altamira, just 100 metres from the church described above. The castle was built in the 15th century. Today it houses the modern Archaeological Museum of Elche (admission 3€, closed Monday), which is the most important museum of the city. However, there are some other interesting museums in Elche:

Bany Arab: The old Arab baths of Elche can also be visited. Centrally located and certainly worth the entrance fee of just one euro.

Opening hours museums in Elche: Most of the museums are closed on Monday and have the long siesta typical for Spain. They are usually open in the morning at 1 pm and for a few hours from around 5 pm. 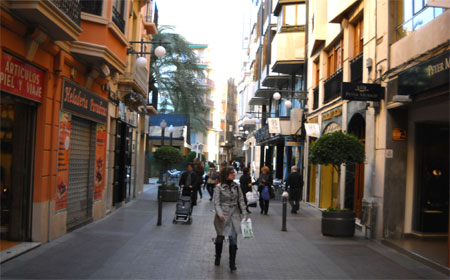 In the city centre of Elx (part of the old town) there are some pedestrian zones with many smaller shops. Here it is still rather Spanish, the influence of the tourism is here clearly less to feel than in the cities at the near coast Costa Blanca. Here, one also finds the city hall (Ayuntamiento) of Elx that is worth seeing. 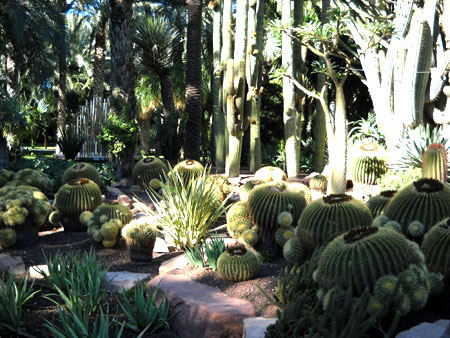 For most tourists, the highlight of a visit to Elche is a visit to the palm gardens. By far the most famous is the Huerto del Cura Botanical Gardens, just one kilometre from the centre. Especially the meter high cacti inspire many tourists from northern countries. The entrance fee to the small botanical garden Huerto del Cura is unfortunately a little too high and amounts to 5€ for adults. Inside there is a shop where you can buy packages with seeds of the famous date palms of Elche for 1,80 Euro. Around the Huerto del Cura there are many other parks and gardens worth seeing (the so-called Palmeral of Elche) with palm trees and other plants. These do not cost an entrance fee, but are also worth seeing. One should definitely plan some hours for the many gardens. The Palmeral in Elx with its all together several 100.000 palms is a UNESCO world cultural heritage since 2006.

The railway station and the bus station are both about 1 km north of the city centre and 200 metres apart. The train station has recently been modernised. Caution: There are two stations in Elche. From Alicante, get off at the first station (or from Murcia, the second station) „Elche Parq“. Local trains on the Alicante-Elche-Murcia line run at least every hour during the day, and significantly more often at peak times. A return ticket from Alicante costs just 3.30 euros. From the bus station there are frequent buses to Alicante, Torrevieja, Santa Pola, Murcia and other cities. Buses are faster in this region of Spain and run more frequently than trains. Likewise, the trip with the bus is not expensive: the fare for a one-way trip Alicante-Elche is just 1.90 euros. With the car one arrives just as fast to Elche. The motorway 7 along the Mediterranean coast goes directly past Elche, one simply takes the exit Elche (Elx).