The small town of Villajoyosa (30,000 inhabitants) is located between Benidorm and Alicante. Of course, Villajoyosa is influenced by tourism like all cities on the Costa Blanca, but much less than its big neighbour Benidorm. In Spain it is known for its famous colourful houses in the old town and for its chocolate. Villajoyosa is an excellent destination for a family holiday or a day trip because of its good transport connections. In Villajoyosa a large part of the population speaks Valencian. In this language the village is called „La Vila Joiosa“ or simply „La Vila“. 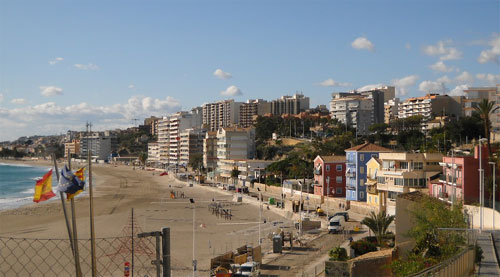 At one end of the approximately 2 km long city beach is the old town, at the other end is the modern port. In the old town, many houses are colourfully painted, which gives the inhabitants of Spain the reputation to be very cheerful people. 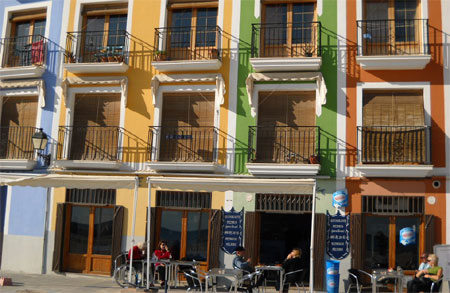 Some houses are even multicolored. How it came to the centuries-old custom in Villajoyosa to paint the houses colorfully is not quite clear. Many are of the opinion that it served the local fishermen as an orientation aid in order to find more easily back home. But the fact that not only the houses in the front row on the bank are painted yellow, green, blue and red, but in the whole old town speaks against this. For whatever reason, it definitely looks very cheerful and distinguishes Villajoyosa from other mostly cities on the Costa Blanca with mostly boring white or grey facades. 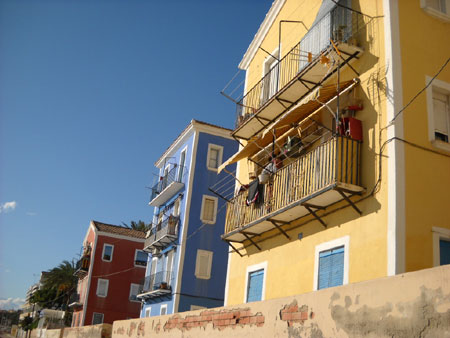 Villajoyosa lives, like all cities on the Costa Blanca, today predominantly from tourism. However, the town has two other important economic sectors. On the one hand there is the chocolate factory Valor which is very well known in Spain. One can buy the chocolate in many shops in Villajoyosa. On the other hand, there are still full-time fishermen. Every day there is a fish market at the harbour.

Market day in Villajoyosa is Thursday. The weekly market sells mainly cheap clothes. It is a Spanish market that is not influenced by tourism. The market place of Villajoyosa is not far from the railway station Creueta west of the centre. 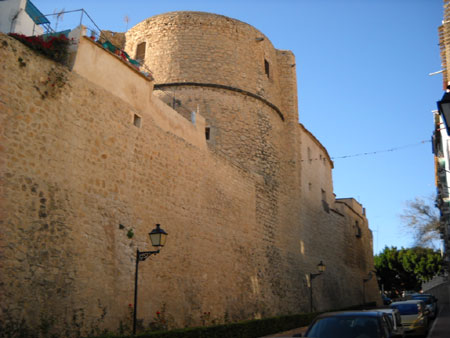 Villajoyosa used to be surrounded by a thick city wall. This is how they protected themselves against pirates for centuries. The mighty wall is partly well preserved.

The beach of Villajoyosa is about 2 km long. The beach looks like everything very well maintained and consists of coarse sand. 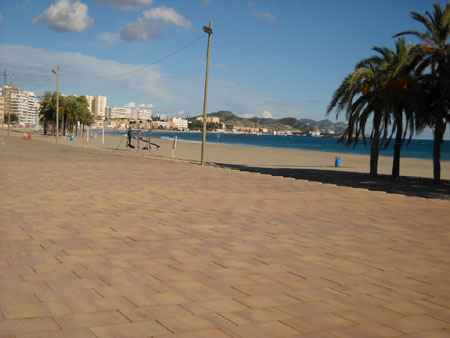 During my visit in November 2009, the promenade of Villajoyosa between the harbour and the old town was renewed along its entire length (about 1.5 km). Good-looking reddish paving stones are used (see picture above), which will give the city even more charm. 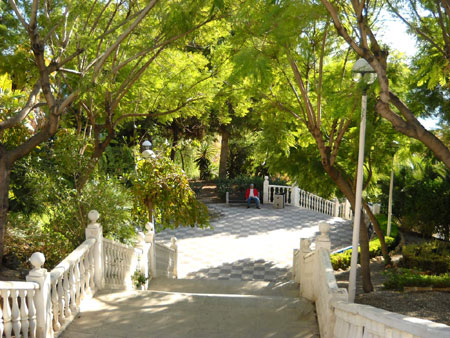 The green corner of Villajoyosa is the small city park behind the shore. Long escalators were even built into the park for the many older visitors of Villajoyosa – I have never seen anything like it before. 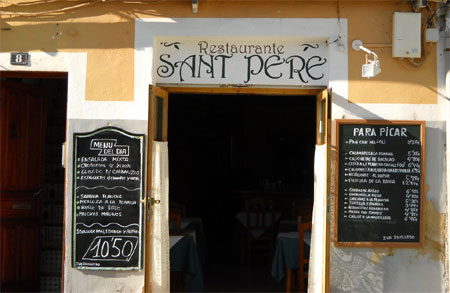 Fans of good food get their money’s worth in Villajoyosa, especially if they like fish. Behind the promenade and around the harbour there are some excellent restaurants and street cafés where you can eat in peace. The promenade of Villajoyosa is a pedestrian zone.

The narrow gauge railway (tram) Alicante – Benidorm stops twice within Villajoyosa. If you want to visit the old town with its colourful houses, the station „Villajoyosa“ is the better choice. If you want to get to the harbour, to the city park or to the weekly market, the station „Creueta“ about 1 km further north is cheaper. There are frequent buses from Villajoyosa to Alicante and Benidorm. Alicante is about 25 km away (Alicante airport about 35 km), Benidorm 10 km. You can hardly miss Villajoyosa / La Vila Joiosa by car – the town is already signposted on the motorway. The main road passes Villajoyosa on a new bypass, but the traffic on the main road behind the old town is still heavy.