More and more tourists explore Spain by rental car. There are three main ways to book a rental car: One can book the rental car before the journey in the Internet, one can rent a car with one of the many branches of rental car companies locally in Spain or one books his rental car together with the flight and/or with the hotel in a package in the context of a package offer. 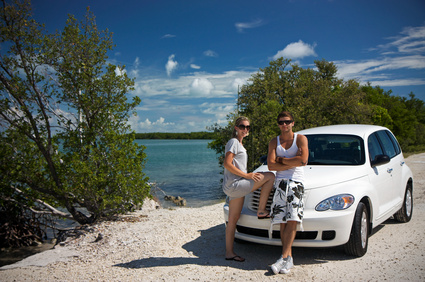 Advantages of renting a car in Spain

It is best to book a rental car before travelling on the Internet, for example here: Rental car Spain. On the one hand, it is much easier to read the different offers in peace and quiet and compare them transparently. By the possibility of the clear comparison of the different rental car offers the prices are besides in the Internet usually clearly more favorable than at the resort in Spain.

With the rental car one can discover Spain much better than with public means of transport. This is especially true for rural areas. You can quickly and easily reach lonely beaches and charming landscapes that have not yet been changed by tourism. In the many traditional mountain villages in Spain often only, if at all, 1-2 times per day a bus goes. Even in Mallorca, you can still find beautiful regions in the interior of the island that are still largely untouched by tourism. Especially exciting are the trips with the rental car through the south of Spain, through the mountains of the Sierra Nevada and other regions of Andalusia. Also the many national parks in sparsely populated Spain are difficult to reach without a rental car. On the island it is almost standard to rent a car. Rental cars on Mallorca are very cheap outside the high season. In big cities as in the capital Madrid, the public transport system is very well developed, thus one hardly needs a rental car.

Things to know about car hire in Spain

Rental cars for Spain are usually cheap. Especially outside the high season not all cars are used and are therefore often rented at extremely low prices. For example, a rental car can be cheaper for a small family than using public transport. In any case, you should read the terms and conditions of the contract carefully, such as accidental contributions and others. If you book in advance on the Internet, you will have enough time to compare the different providers. By the way, petrol prices in Spain are 20 – 30 cents per litre lower than in Germany. Fuel is particularly cheap in the Canary Islands, thanks to lower taxes. Here the litre costs about one Euro (in 2011). With the normal German driving licence you can drive in Spain, as in all member states of the European Union, without problems. The road network in Spain is now very well developed. The motorways are subject to tolls. However, there are often well-developed federal roads parallel to the motorways. Here you don’t have to pay tolls and you can see more of the landscape.