The animal world of Spain is extremely rich in species. Especially in the sparsely populated mountain regions and vast wetlands, many species have survived, which have been exterminated in other more densely populated regions in Europe. In recent years there have been extensive conservation programmes in Spain to protect the native fauna. While the first successes are being achieved (the number of specimens of many rare animal species is increasing again), my critics say that much more needs to be done. Above all more money, conversions in agriculture and the stop of building projects (houses, hotels and roads) is demanded again and again. While left-wing local governments, as in Mallorca a few years ago, have issued far-reaching building bans, conservative politicians are calling for an end to building bans.

In this article I would like to briefly introduce the most known mammals in the fauna of Spain:

Brown bear in Spain: Probably hardly any animal in Spain is reported more than the brown bear. There are two populations, both are located in northern Spain. Nearly 100 bears live in the Cantabrian mountains in the northeast of Spain. The number of brown bears in these difficult to access and steep mountains and valleys is considered to be growing. The population is relatively secure. The situation in the Pyrenees is more problematic. About 20 bears still live here (including the French Pyrenees). 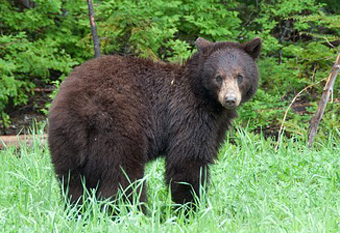 The number is too small to be sufficient in the long term. That is why bears from other regions of Europe are also being settled. The brown bears are very shy and rarely attack humans. If they have enough food, they avoid all human settlements.

Iberian Capricorn in Spain: After the brown bear, the Iberian ibex is probably the most popular representative of the Spanish fauna. Especially the dramatic extinction of a subspecies made sad headlines 10 years ago. It was originally found in all mountain regions of Spain and Portugal. There are or were four subspecies, two of which are extinct. The Portuguese Iberian Capricorn was exterminated 100 years ago. The Pyrenean Capricorn was extinct only 10 years ago. It is one of the very few mammal species which have become extinct in Europe in the last decades. It is probably caused by an infectious disease. At present, attempts are being made to bring the species back to life through cloning. If this succeeds, it would be a revolution – other extinct animals could follow worldwide. The third subspecies, the Spanish Iberian Capricorn, lives in the mountains of the Sierra Nevada and other southern Spanish mountain regions. Thanks to the large, sparsely populated high mountain regions in the south of the country, there are currently about 10,000 specimens. It is therefore the most common subspecies. The Iberian Gredos Capricorn lives in central Spain. It was almost exterminated by hunting 100 years ago, today there are again several thousand specimens

Wolf in Spain: The number of wolves is rising again in Spain. Most of the approximately 3,000 animals live in central Spain and in the northwest of the country. It is currently the most important and stable wolf population in Europe. The wolves are very important for the flora and fauna as they are an important link in the food chain. 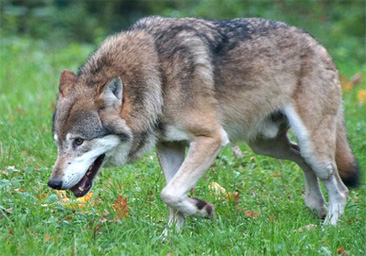 Attacks on humans are rare, but attacks on sheep and other livestock are much more frequent. As a result, some locals do not like wolves (although the government pays compensation when wolves do damage).  Despite illegal killings, the overall number of wolves is increasing.

The lynx in Spain: The rare lynx occurs only in a few regions of Spain, in Portugal it is already extinct. The most famous national park of the country (Donana National Park) in southern Spain is today the main region of the paradelluchs. One reason for the almost complete closure of the National Park for visitors is the cat rescue program. In order to reproduce the species more quickly, animals are now also bred in captivity.

Small Spotted Broom Cat in Spain: Another interesting cat species in the fauna of Spain is the European Broom Cat. This nocturnal animal is common in Spain and Portugal in various regions, but the shy cats are rarely seen. The same subspecies also lives in Africa. It is not the same species as the wild cats in Germany.

Ichneumonin in Spain: This 60 cm long mongoose (cat-like predator) is rather unknown in Germany. They eat mainly small animals (insects and birds), are very fast and in Europe only Spain and Portugal can be found.

Other mammals in Spain: Since the Iberian Peninsula is connected to Europe, most European mammal species also occur in Spain. Frequent in Spain are deer, squirrels, rabbits, rabbits, wild boars, martens and foxes. There are also mouflons, otters, chamois, marmot, wildcats, badgers and many others. World famous are the monkeys of Gibraltar (Barbary monkeys), the only monkeys in Europe. Of course there are whales and dolphins around Spain, in many tourist places there are day trips with ships for the observation of the sea mammals.

Information about the fauna of Crete, the main island of Greece in the Mediterranean Sea.