Torrevieja, in the southeast of the Iberian Peninsula about 50 kilometers south of Alicante, is one of the fastest growing cities in Europe. Between 1980 and 2009, the population increased from 10,000 to an incredible 110,000. Tens of thousands of foreigners from Central Europe and Great Britain in particular have settled here – some (mainly pensioners) with their primary residence, others with their secondary residence. The beautiful location between the sea and salt lakes, the pleasant and healthy climate and the huge marina attract the masses. Torrevieja is also popular with tourists. In spite of rather few available beaches, every year about 2.5 million holidaymakers come to the city at the southern end of the Costa Blanca.

There are hardly any sights in the classical, historical sense in Torrevieja. Almost all houses in the city have been built in the last 30 years. The city is modern, clean and pleasant. The heart of the city is the wide and varied promenade. Small sandy beaches, rocky coast, green areas, street cafés, shops, street vendors and the huge harbour characterize the pedestrian area along the shore in Torrevieja. 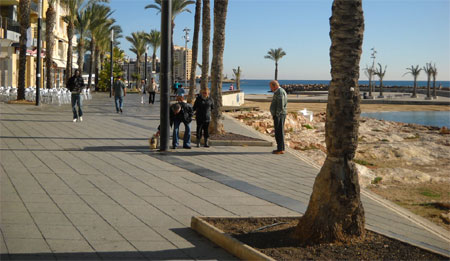 The marina of Torrevieja is one of the largest in Spain. Thousands of ships lie here. A walk on the 2 km long jetty on the harbour wall into the sea is a very popular leisure activity in the city. At its beginning is a ship museum in which one can examine a submarine and a discarded customs ship from inside and outside. The entrance to the „Floating Museum“ of Torrevieja is even free. 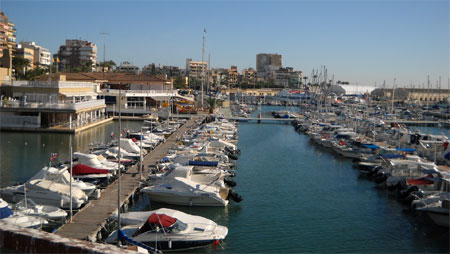 The city is known for its monuments. In the centre is a group of musicians made of metal. Even more famous is the emigration monument next to the salt museum. 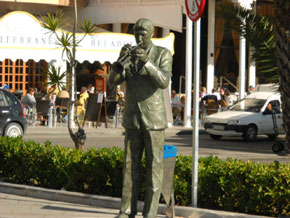 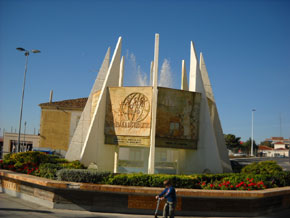 The Salt Museum Torrevieja (also free entrance, opening hours 10-13:30 Tuesday-Sunday and 17-21 Tuesday-Saturday) is the most interesting museum of the city. In the „Museo del mar y de la sal“ the former great industry of Torrevieja is impressively represented – the extraction of salt from the Salinas (salt lakes) and the then difficult transport of salt to the port.

Torrevieja is famous for its Christmas cribs. If you are lucky enough to be in the city in December, you should definitely take a look at the huge nativity scene on the church square in the city centre. The biggest crib (about 20 meters long) I have ever seen! 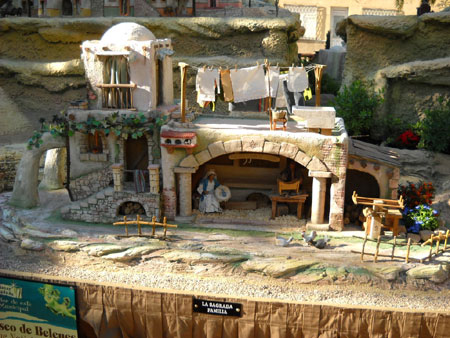 The city centre of Torrevieja with some pedestrian zones and the church is quite nice, but nothing really special.

Much more interesting are the salt lakes in the area. Around the lakes, which are several square kilometres in size, many hiking and cycling trails have been built in recent years, which foreigners living in Torrevieja like to use. Just over half of Torrevieja’s inhabitants are immigrants – a record for cities with over 100,000 inhabitants in Spain, if not all of Europe. It could even be considerably more – not all foreigners have registered, as this is financially disadvantageous for some. Some even estimate the proportion of foreigners at 65% and the population of Torrevieja at 130,000.

The bus station is about 800 meters behind the shore in an older part of the city. Buses run at least once an hour during the day to Alicante (via Guardamar and Santa Pola) and almost as often to Cartagena. There are also frequent buses to Murcia and Orihuela. Torrevieja does not have a railway station. Those who arrive by train should change to the bus in Alicante.

The road from Alicante to Torrevieja has been massively extended in recent years.