Murcia is a large city in the east of Spain, about 30 km from the Mediterranean Sea. With about 600,000 inhabitants, it is one of the 10 largest cities in Spain and the capital of the province of Murcia of the same name. The city is visited by many tourists especially in summer due to its many sights – especially day-trippers from the nearby tourist resorts on the Costa Blanca. 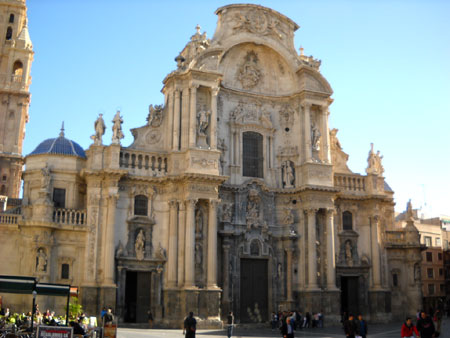 The best way to start a tour of Murcia is to visit the great cathedral in the centre, the most important and interesting building in the interesting Spanish city. The foundation stone for the Cathedral of Santa Maria was laid in 1394. But the impressive baroque façade dates back to the 18th century. According to an old custom, visitors are only allowed to enter the cathedral through the left and right doors. The middle door is only opened when the Pope visits Murcia. 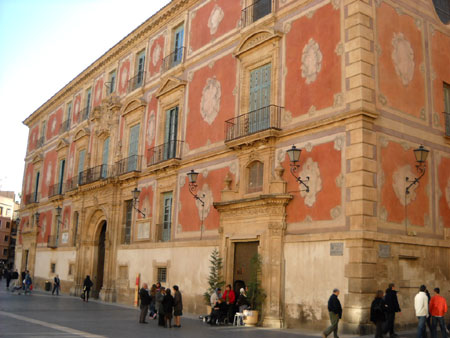 On the large square in front of the cathedral there are other interesting buildings such as the Palacio Episcopa (picture above) or the College of Theatre and Dance. There is also the tourist information of Murcia, whose staff are very helpful. In order to find the other sights described below, it is best to ask for a free city map. 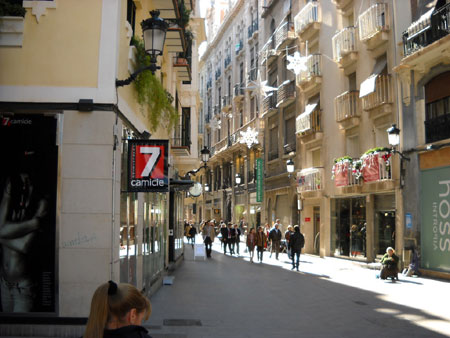 The central street in the old part of Murcia is the pedestrian zone Via Traperia, which starts directly behind the cathedral. Here is one of the most visited sights of the city, the Casino of Murcia. It is not a casino, but a traditional club of the rich inhabitants of Murcia. You can go in for free and see the noble rooms like the reading room of the library or the dance hall. The huge chandeliers in the casino are well known.

The promenade of Murcia is the extension of the Via Traperia to the north. On Gran Via Alfonso X El Sabio you can go for a walk in Murcia if you are important or think you are important. The Archaeological Museum is also located in this street (free entrance!). Murcia is a museum city. Other good museums are the museum Salzillo (the famous sculptor comes from Murcia), the Museo de Bellas Artes (art museum), Museo de la Ciudad Murcia (city museum), Museo de la Universidad, Museo de Santa Claro (art museum), Museo Ramon Gaya (the painter comes from Murcia), Museo Hidraulico (technical museum with focus on water power) and some more.

The new town of Murcia is especially interesting for shopping. As in many Spanish cities, the market hall is a great sight. Especially the fish department and the butchers fascinate the tourists. The central market is the place where Murcia is perhaps the most Spanish. 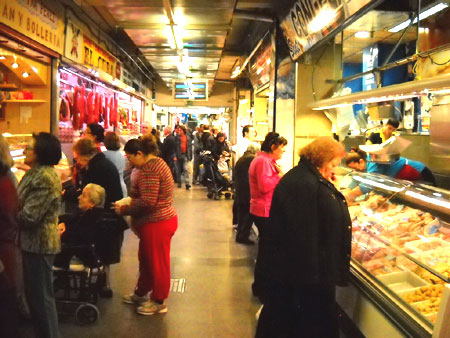 Who wants to go as a Costa Blanca vacationer once, like at home, in a really big department store, should visit in the El Corte Ingles (largest department store chain in Spain) in Murcia. Here you’ll find pretty much everything there is – a western style department store with a good food section in the basement. 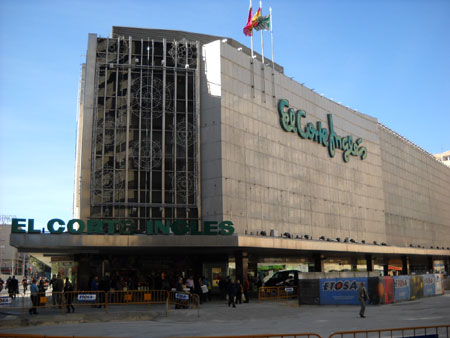 You can travel to Murcia by train or, as most Spaniards do, by bus. Both Murcia’s main railway station and the main bus station are about one kilometre from the city centre. From the small but elegant train station Murcia del Carmen (south, picture below) there are hourly trains to the city of the palm trees Elche and to Alicante, as well as several times a day to Cartagena, Valencia and Madrid. 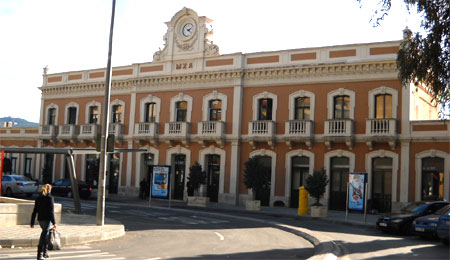 In the tourist resorts on the Costa Blanca south of Alicante it is better to take the bus. Unfortunately there are no timetables at the bus station (west of the city centre of Murcia) which is not easy for the tourist. But the information will gladly help you and prints out the timetables if you name the desired destination. There are several train connections to Madrid every day. The journey takes about 4 hours, those who book a few days in advance have a good chance to get a cheaper ticket. A journey by train to Barcelona takes much longer (approximately 7 hours).