Our tip: Horse farm Yeguada de la Cartuja near Jerez: Very interesting tour of the stud with the famous horses from Andalusia Carthusian horses. You can see a show, adult horses and young babies (foals). Hardly any tour is southern Spain has better reviews from participants: >>> More information and booking 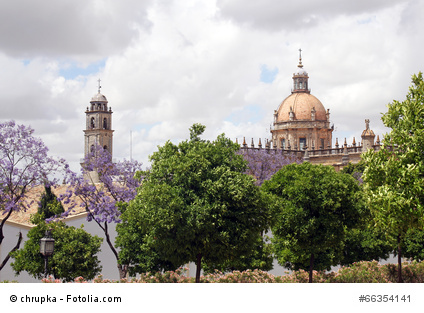 The strange name of the city means „Jerez at the border“. The city was in the Middle Ages some time border between the Moorish, Islamic areas and the then Christian part of the Iberian Peninsula. Hence this name of the city. The name of the drink Sherry comes from the city name Jerez. Sherry in Spanish simply means „Jerez“ like the city. Jerez is pronounced „Cheres“. Who can speak English, should replace the s at the end by a „th“, thus „Chereth“. 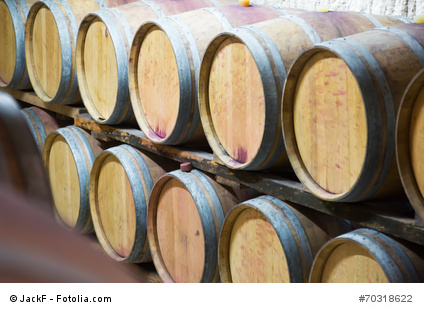 The old town of Jerez de la Frontera is for us one of the most beautiful in Andalusia. Many squares and alleys with street cafés and tapas bars invite you to linger. Besides there is a great castle and a big cathedral to admire. 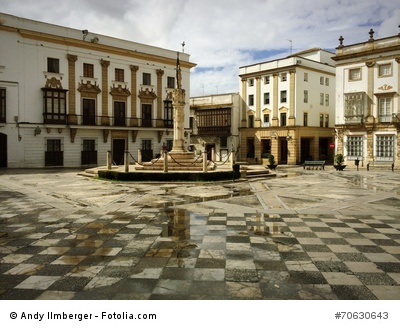 Jerez de la Frontera is known in Spain for its bodegas. You should definitely visit one of these wine cellars. Most popular among the visitors of the city is the Bodega „Gonzalez Byass“, some hundred meters west of the center of Jerez de la Frontera.

Another highlight of the city is the royal Andalusian riding school with the white horses of the Andalusian breed. Every Thursday (2016) is a big show, besides there are guided tours through the area on some days per week.

Highlight in Jerez: Visit of a show with horses in the royal riding school

Many holidaymakers in the city of Jerez de la Frontera visit the famous horse ballet at the Court Riding School. In the shows the horses dance to music from Andalusia. The bestseller is the ballet „How Andalusian horses dance“ at the Royal Art Riding School of Andalusia „Real Escuela Andaluza del Arte Ecuestre“. The riders wear traditional clothes from the 18th century. The show takes place several times a week during the season, usually at 12 noon. In winter the horse dance is a little less frequent. Most tourists are enthusiastic, the show with the horses receives much praise on the Internet. You should book the visit of the event at least some days or better weeks before, since the Andalusian horse ballet is very popular in the court riding school. The riding school is centrally located in the city of Jerez de la Frontera.

Everything you need to know about Lucca Tuscany in Italy.

One of the most important buildings in Jerez de la Frontera is the Cathedral. It is built in baroque style and dates back to the 17th century (picture below). 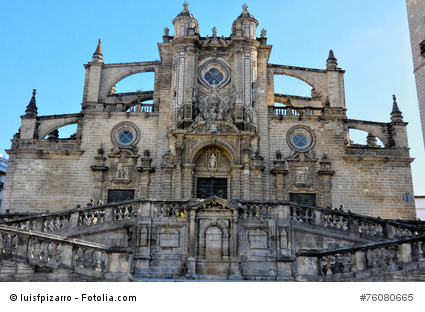 Food Jerez de la Frontera: A tip is the „Meson el Asador“ just a few meters from Arenal Square. Especially the small dishes are cheap and tasty if you sit at the bar. 200 metres further north is Casa Gabrielle, a restaurant that has been rightly recommended to us by various locals. If you don’t feel like Spanish food, you can go to the Meson el Asador and the well visited Japanese restaurant. A lunch menu of 4 courses incl. Sushi costs only 6,50 Euro.

Shopping centre Luz Shopping: One of the biggest shopping centres we have ever seen is the Luz Shopping in Jerez de la Frontera, about 2 km away from the centre. It is a shopping center and outlet center in one complex. Very many large and small shops invite to spend hours shopping. Very cheap are the shops in the middle, there are mostly outlet stores of big sports brands and fashion chains.

Train Jerez: The train station is about one kilometre from the city centre. There are hourly trains to Seville and Cadiz. There are also direct trains to Madrid and other major cities. If you want to go to Malaga on the Costa del Sol, you have to change trains shortly before Seville (in the city Dos Hermanas).