Malaga is the capital of the Costa del Sol, a famous stretch of coast in the south of Spain. Many important cultures have been involved in the great history of Malaga: The Carthaginians, Romans and Moors ruled here before the Catholic Monarchs came to power in 1487. Some historical sights, the fine wines of the region around Malaga as well as regional dishes make Malaga interesting for tourists. Many of the tourists in Malaga are day trippers from the surrounding mega tourist resorts on the beaches of the Costa del Sol. 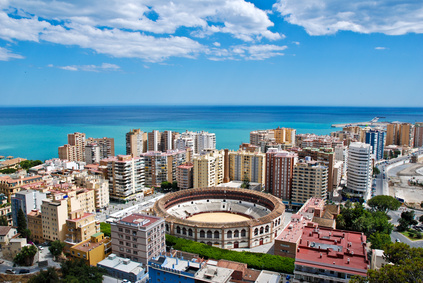 The inhabitants of Malaga are proud of the city’s most famous son – Pablo Picasso, probably the most famous painter in the world of his time, was born in Malaga in 1881. Plaza de la Merced is a central square closed to cars. Here, next to Picasso’s birthplace, you will find several exhibitions and cafés.

One of the things that a holidaymaker „must“ visit in Malaga is the world famous Picasso Museum Malaga. Over 200 works by the painter and sculptor can be seen here. Opening hours Picasso-Museum-Malaga: Daily from 10 am to 6 pm in winter and 8 pm in summer. The entrance to the Picasso Museum Malaga is comparatively cheap with 7 Euro for adults (with special exhibitions 10 Euro, prices summer 2017, students with ID and persons over 65 years reduced 5,00 Euro). The „Museo Picasso“ is located directly in the old town, behind the big cathedral. The birthplace of Picasso is also in Malaga and can be visited. It is not far from the old town and can easily be reached on foot (entrance fee 2 Euro). Pablo Picasso was born in Malaga on 25 October 1881.

Further sights in the city

One of the highlights of Malaga’s architecture is the Alcazaba fortress, built by the Moors in 1040. The Alcazaba stands on a hill east of the city centre. Behind the town hall (Spanish: Ayuntamiento) there is an elevator that takes the tourists to the fortress every day except Monday. The city hall of Malaga is a sight in itself and is only approximately 500 metres away from the Picasso museum described above between the oldtown and the harbour. 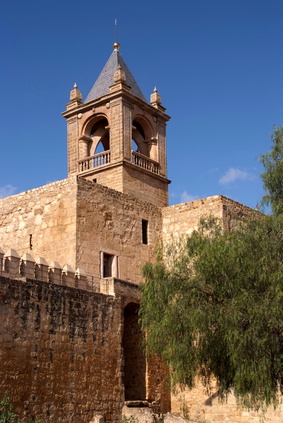 Not far away is another sight: a Roman theatre from the first century BC. Another castle in Malaga is connected to the Alcazaba by a footpath: It is the mighty Castillo de Gibralfaro from the 14th century (visit about 2 Euro entrance fee). The visit of the Castillo de Gibralfaro is worthwhile already because of the great view of Malaga including bullring.  The lovers of parks should visit in Malaga the gardens Jardines de Pedro Luis Alonso (high botanical biodiversity).Another attraction in Malaga is the beach Playa de la Malagueta. It is the beach closest to the city centre. The Playa de la Malagueta is not only a beautiful beach, it also has a special feature: it is an artificial beach from the 17th century that was already back then filled with sand from the Sahara.But for us, the biggest of all sightseeings in Malaga is the oldtown, which is almost completely a pedestrian zone. In the pubs and restaurants there is a lot going on until late into the night. Dozens of alleys and places worth seeing invite to a long walk. After almost every corner, one comes across something interesting. Hardly where in Spain one can eat better tapas or fish than in the beautiful old town of Malaga. Those who have the choice should definitely take a hotel room in the oldtown.Shopping Malaga: Most shops are in the old town. The huge department store Corte de Ingles with 8 floors is approximately 200 metres away from the oldtown on the other side of the mostly waterless river. A big new shopping centre in a modern, international style is in the main station (station Malaga María Zambrano). Parking in Malaga. If you are travelling in Spain by car or rental car, you know the problem. Parking spaces are hard to find in big cities and expensive. Parking garages and public parking lots are often full. On this great website you can reserve a parking space in Malaga (in English). So you have a safe parking space and know the price in advance.

Costa del Sol and airport: From the holiday resorts Torremolinos and Fuengirola, it is better to take the suburban train than the bus that is clearly more camped in order to get to the centre of Malaga. The penultimate station of the train is the above mentioned main station, the last station next to the old town. From Torremolinos, a one-way trip costs, for example, only 2,05 Euro. The same train line can also be taken from and to Malaga airport. The train is called Malaga Cercanias and is abbreviated with a „C“ (red signs). There are only two lines, the above mentioned trains run on line C1 every 20 minutes. Of course there are also buses. The buses of the Cost del Sol do not stop at the big bus station at the main station, but not far from the old town at the sea.Larger distances: All buses with more distant destinations stop at the big bus station right next to the big railway station „Malaga Maria Zambrano“.

The famous Aquarium Dubai in the highest house of the world.

The various buses are operated by several companies, each of which has its own sales counter. For tourists this is quite complicated at the beginning, but there is information for all buses in the middle of the counters. English is understood here. For Farthen to Cordoba, Barcelona or Madrid the modern express train AVE of the Spanish railway company RENFE is better suited. If you buy the train tickets in advance, they are much cheaper (ideally a few days in advance). There is also a cheap daily train connection to the popular city of Ronda. Marbella can only be reached from Malaga by bus (frequent departures). To Gibraltar you take the bus to the neighbouring city „La Linea de Conception“ (very long journey, about 3 hours, about 4 times a day).Since 2014, Malaga has had a metro consisting of two lines. However, the main tourist area in the city centre is within walking distance. Besides there are many buses in Malaga and the two train lines mentioned above. Also good beaches are not far away from the centre and can be reached on foot.