On this page you will find all the important information about the great sightseeing tours through the Real Madrid Stadium Bernabeu, including the link to advance ticket sales.

An attraction in Madrid is far better known than any other major attraction such as the world famous Prado Art Museum. It is the legendary Bernabeu Stadium of Real Madrid. This is where Ronaldo and his teammates play all their home games. The tours are very popular, for many football fans the stadium visit is the highlight of their holiday in Spain. 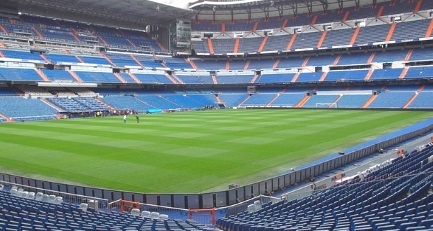 What can you see on the tour of the Bernabeu Stadium in 2021?

A lot! Many things will be recognized during the next television broadcast of a home match of Real Madrid. Above all, we found the atmosphere of the stadium really tingling (goosebumps feeling).

During our tour we could sit on the playing field, in the changing rooms, on the bench and much more. We also found the room with the many won cups of Real Madrid really cool. In addition there is a kind of museum with the emphasis history of Real Madrid and Bernabeu Stadium with videos and so on.

When is the tour of the Madrid stadium possible?

The Bernabeu tour is offered daily. The demand is very high. If you buy your admission ticket on the Internet, you can visit it to our knowledge from 10 a.m. to 7 p.m. (Sunday only until 6:30 p.m., as of early 2019). Click on Getyourguide.com. On this website you can find more information and you can buy the tickets for the stadium tour.

Caution: If there is a home match, of course you can’t take a tour through the stadium. It is better to book on another day. As far as we know there are tours through the Bernabeu Stadium up to 5 hours before the kick-off of a game. But it is much better to come on another day. Sometimes you have to stand in line for a while. The stadium tour is also popular with fans of the away team, for example, with a ticket for the match on the same day. So there’s a lot going on on days with matches in Real Madrid. It’s much better to come on another day. 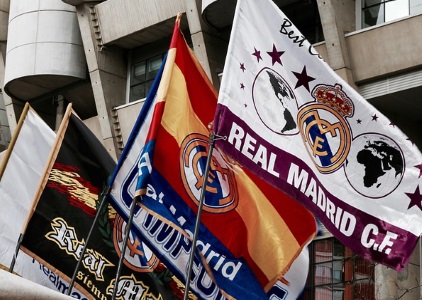 The home stadium of the large football club of the Spanish capital is relatively centrally located in the 4 million metropolis. The Ronaldo and Co stadium is 4-5 km north of the city centre (from the central Puerta del Sol square and Atocha Central Station).

The stadium has its own subway station called „Santiago Bernabeu“. It is a station of the metro line 10. Also many bus lines of the local traffic Madrid stop at the world-famous stadium.

Information about the stadium Bernabeu of Real Madrid

Construction and finishing: Construction of the famous Arena in Madrid began in 1944 in the middle of the Second World War. The Berbaneu Stadium was completed in 1947 (capacity at that time around 75,000 spectators). Later, the „Estadio Santiago Bernabéu“ was extended to 125,000 seats. Since there are only seats left today, only around 80,000 spectators can watch Cristiano Ronaldo and Co at home matches. However, the Bernabeu Stadium will soon be extended, renovated and roofed over. The modernization of the Madrid stadium is scheduled to begin in 2018.

During the stadium tour through Bernabéu you can admire many of the trophies (in the trophy room). Of course, there are also other successes to admire in the Throphy Room. Real Madrid, for example, was often the Spanish cup winner (19 times). The team also won the World Cup 3 times. Real Madrid has been a top European team since the end of World War II. In recent years, since the superstar Cristiano Ronaldo plays in Madrid, the team has perhaps its best phase in the glorious history of the club. You can also get a lot of information about Ronaldo on the stadium tour. Ronaldo is considered to be the best footballer in the world alongside Lionel Messi (FC Barcelona).